Wimbledon fans were entertained to a live magazine show streamed on social and on the in-stadium screen – with interactive elements.

Wimbledon Digital produced a magazine show streamed on YouTube, Twitter, Facebook and in the stadium (for 2021). Dizplai was used to source real-time fan and player reactions, and display the socially-driven graphic overlays during the show.

Wimbledon Digital, the social media team for the All England Lawn Tennis Club (AELTC), wanted to create a daily show during the famous tennis tournament, and stream live on their social channels, and on the in-stadium big screen for 2021.

It was a brand new initiative for the 2019 tournament. Producers had plans for something that had a much bigger social focus, featuring live polls, competitions, player reaction and special guests, alongside dynamic graphics throughout. The main aim – grow and engage the global tennis fanbase, giving them the opportunity to not only be a part of the show, but also drive the conversation. 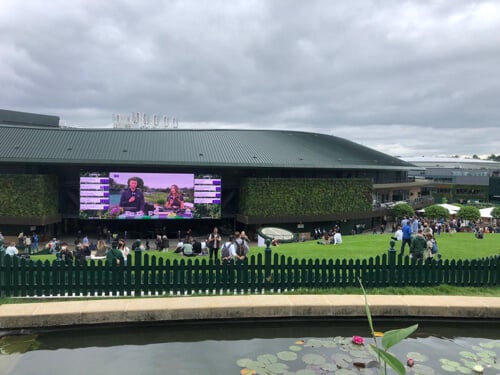 Broadcast on the big screen

Wimbledon Coffee Morning was on screens in 2019 and 2021, following a pandemic-influenced hiatus in 2020. Dizplai integrated into Grabyo’s cloud-based production workflow and producers managed content sourcing, moderation and poll management from a web browser. 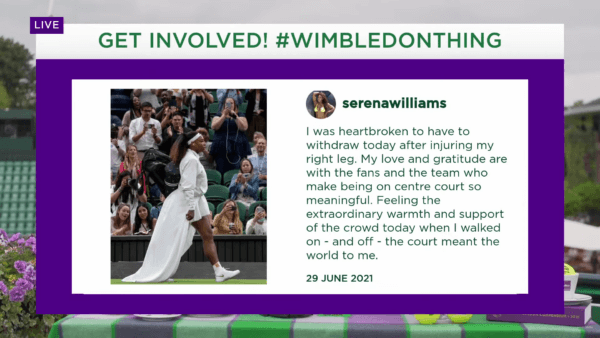 Tennis lovers were encouraged to get involved with the show using the hashtag #jointhestory (2019) and #WimbledonThing (2021) and fans from all over, whether they were in the Wimbledon grounds or at home, posted photos, comments, and interacted with the live polls shared on social. 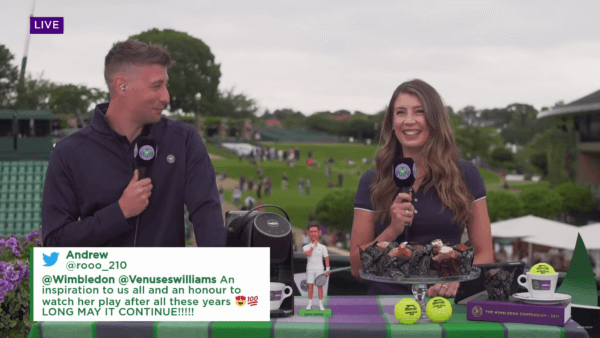 Using Dizplai, the team were able aggregate the live polls result and then pull in the audience commentary that was coming in from social media, including Twitter, instagram and Facebook. Using predetermined trusted follower lists, producers also tracked and sourced live reaction from the players.

The cloud graphics were powered by Dizplai. Including everything from location bugs and name straps to full-screen social elements. All of this was done entirely in the Cloud. Social graphics were run through the Cloud and Grabyo’s Producer was used in Dizplai to switch between the live camera feeds, and custom graphics. 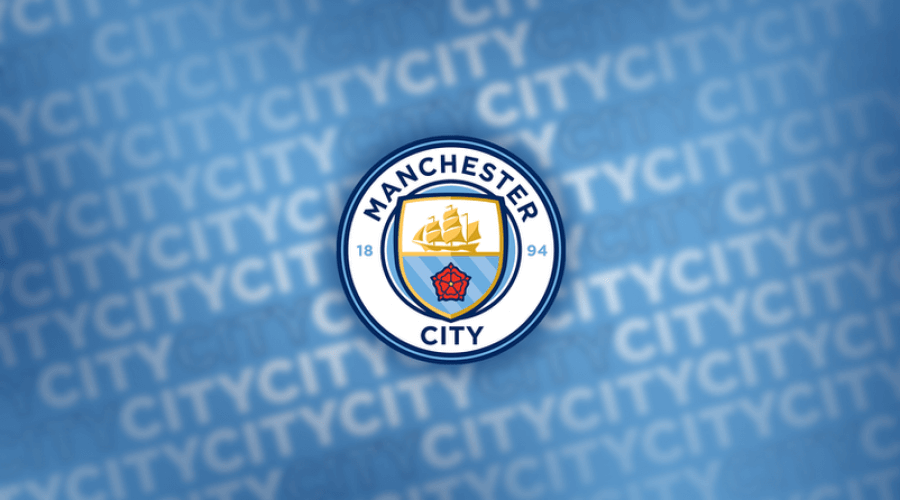